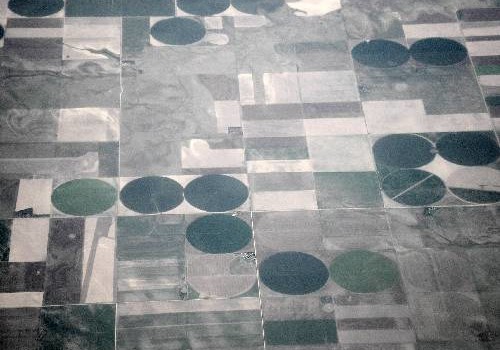 
Planting cover crops, trees, and complementary crops in the same field can help retain both water and nutrients in soil. Doing these things can also provide drought protection and help irrigation and farming be better at water resource management Gravity-flow systems and irrigation systems can be used for more efficient water use, depending on where they are used, the type of soil, weather, and costs. Water flow meters can be used to measure and control the amount of water used for irrigation.

The use of weather apps might be helpful, because you can get more specific and very up-to-date information about changing conditions, so you can fine tune your irrigation equipment to better manage your overall water resources. Not only can water be saved, but so can electricity and wear on your systems. A new system which employs sensors reportedly can reduce a farm’s water consumption by about 10%.

Conservation tillage, and using compost and cover for crops can save water as well, and these efforts do not usually require a great deal of extra knowledge or an unreasonable amount of effort. No-till and strip-till farming reduces soil erosion, which in turn decreases runoff into streams and rivers, so water quality in these ecosystems is protected. Other measures are minimum soil disturbance, crop rotation, and uniform plant spacing.

Recycling water, whenever possible, can save a lot of it and doing so is better for your local environment. Excessive runoff can pollute land because farm waste and human-made chemicals are often in it. They can wreak havoc on ecological systems and contaminate natural water sources like creeks, streams, rivers, ponds, and lakes. Groundwater supplies need to be protected from all forms of contamination.

Organic farming is preventive like water recycling is because it doesn’t use the chemicals utilized by conventional farming. So, the cost of those chemicals can be decreased or avoided, along with the impacts from polluted runoff. Organic farming can also recharge groundwater supplies.

Additionally, the quality of soil can be preserved or even enhanced, because repeated use of certain chemicals can deplete soil. Not using certain chemicals also can help maintain the sustainability of local insects which are pollinators like bees.

Drip irrigation: Research has shown this kind of irrigation can be 33–40% more efficient, though it may cost more. Initially, this cost might seem unreasonable, but over time, it should pay for itself. There is a tool here that can be used to calculate ROI.

Try planting some perennial crops, because annual ones can cause water and nitrate waste.

Some farms using rainwater harvesting and have their own ponds for storage. This example is not about farming; it is about a residential property, but rainwater collection helped manage 350,000 gallons of runoff. That water might be useful, if for nothing more than a backup supply for an emergency.

Rotational grazing can increase water absorption in the field and alleviate water runoff. Increased forage cover and the extra organic matter can also be benefits of saving water in this places.

About 80% of American water consumption results from agricultural practices. Even more is used in Western States. In one year, irrigation withdrawals were 128,000 million gallons per day.

The water-holding capacity of soil can be increased by spreading compost or mulch on top of it.

According to one USDA source, the cost of pumped water per acre for farms ranges from $48 to $68 per acre.

There are two very important considerations when it comes to water use in the United States. The first is that climate change is here to stay, and extreme weather events like droughts which are associated with it are as well.

That means that farmers and consumers will not have many choices other than to save more water, and to waste less.

The other thing is the one that will probably cause a lot of upset when it happens, and that is the raising of water prices. We are generally very accustomed to having access to very cheap water whenever we want it.

The New York Times summarized the situation well: “It will get worse. As climate change and population growth further stress the water supply from the drought-plagued West to the seemingly bottomless Great Lakes, states and municipalities are likely to impose increasingly draconian restrictions on water use. Such efforts may be more effective than simply exhorting people to conserve. In August, for example, cities and towns in California consumed much less water — 27 billion gallons less —than in August last year. But the proliferation of limits on water use will not solve the problem because regulations do nothing to address the main driver of the nation’s wanton consumption of water: its price.”

So, some farmers are already aware of these issues — others aren’t — but what will they do about them?

The first thing to do is to try to be aware of any new trends in water conservation and efficient irrigation and figure out which of them are feasible — and, of course, to start planning how to integrate them into current farming practices.

Change is sometimes hard, but it helps to try to be ahead of the curve so you can anticipate future costs and problems.

Profit margins for small farms are very low and, unfortunately, bankruptcies do happen. It doesn’t seem unreasonable to speculate that water prices might be increasing some day — especially if there are more droughts.

Farmers might get squeezed and hurt if water prices increase, so implementing water conservation measures might dull some of that pain, and help them stay in business. Technology combined with known techniques will likely be beneficial, and then there is the promise of new innovation that might help even more.

Agriculture is thousands of years old and it helped humans become more civilized because they could make plans for the future when they grew more food than they needed and stored it. In fact, commerce was also born out of the trading of excess plant foods that had been stored carefully, like grains. Rice and wheat provided staples for humans in reliable forms, rather than the unpredictable hunting and gathering they did constantly before agriculture was invented. But without adaptation and more efficient irrigation practices and water resource management, we could start sliding backwards.