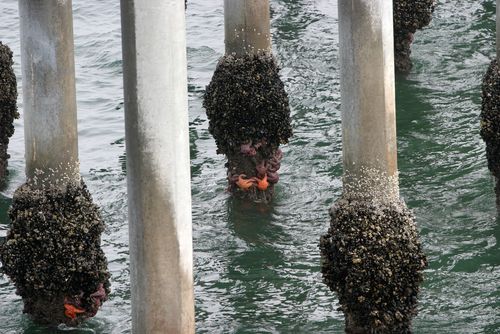 Anyone who has ever had to clean the underside of a boat knows that there are some sea creatures that are nearly impossible to remove. Now scientists have put that stick-to-itiveness to work by using mussels to create the world’s strongest waterproof glue.

Mussels produce proteins in their feet that allow them to “glue” themselves to underwater surfaces. The proteins hold fast, even against swift currents and tides.

Mussels aren’t the only animal that create their own adhesive. Many bacteria, such as E. coli, excrete a sticky substance that makes them harder to wash away.

E. coli is famous for causing outbreaks of illness in humans, but it has also been used for experiments in the laboratory for a long time. Scientists know how to genetically engineer E. coli to produce a myriad of useful substances in large quantities. By engineering E. coli to produce a particular protein, something that would be cost-prohibitive to produce mechanically or chemically can be grown at an industrial scale.

For the world’s strongest waterproof glue, researchers at the Massachusetts Institute of Technology combined the protein from the mussel’s foot with a binding agent naturally produced by E. coli. They then genetically engineered the bacteria to produce the glue. Now all they have to do is grow the E. coli in large vats and scoop up the glue. (Okay, it might not be quite that easy.)

The glue would be useful in any area where liquids might cause a problem. Boat repair, docks, shark tanks in shopping malls, boardwalks where the sea splashes on them frequently are a few obvious ones, but the world’s strongest waterproof glue might also be useful as a surgical glue or even in high humidity environments.