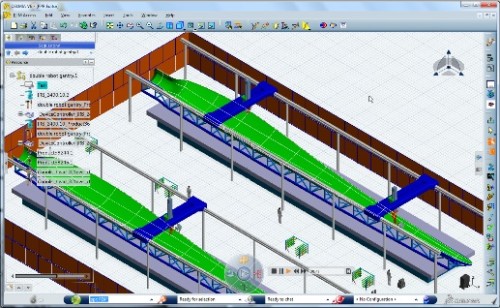 So far, the story of the US renewable energy transformation has skipped a key chapter, which is the exploitation of our massive offshore wind power potential. In the offshore wind category, the US has been lagging far behind other nations. However, the spotlight is starting to swing out to embrace this wind power option, and we picked up a couple of tantalizing hints that US wind power, both onshore and offshore, is set to explode in the coming years.

One big hint was dropped on Saturday by President Obama himself in his weekly radio address Saturday morning. The speech laid the groundwork for Monday’s highly anticipated announcement of new carbon pollution rules for power plants, so you can bet that every word was weighed carefully.

In that context, consider that when Obama listed the progress that the US has made in clean tech under his Administration, he cited a laundry list of accomplishments leading off with wind power:

Thanks in part to the investments we made in the Recovery Act, the electricity America generates from wind has tripled. And from the sun, it’s increased more than tenfold. In fact, every four minutes, another American home or business goes solar – and every panel is pounded into place by a worker whose job cannot be shipped overseas.

For the record, Rhode Island offshore wind power is on track to be first out of the box, probably followed by Massachusetts, despite the usual Koch brothers shenanigans.

Also, that “every four minutes” line regarding the solar market, it’s straight out of the playbook for quashing the seriously outdated jobs-vs-environment argument. Linking the growth of wind and solar electricity generation in the same paragraph sets the table for job creation in the wind power industry, too.

Another Big Plus For US Wind Power

The other hint has to do with overcoming wind development obstacles relating to interference with other operations, for example air traffic and seismology studies. One of our colleagues here at CleanTechnica is going to be covering the a new development in the seismology angle (we’ll update with a link when that article goes live), and the air traffic barrier is also easing off.

The Department of Defense, for one, has a massive amount of land at its disposal for potential wind power development, but until recently concerns over radar interference have stymied all but a few modest projects, for example at a Coast Guard station on Cape Cod and at Fort Huachuca in Arizona.

That’s set to change in a big way as new technology for distinguishing wind turbines from aircraft makes its way into the market. As just one indicator of the wave to come, the US Army has included wind contracts in its massive $7 billion renewable energy buy.

Since this is a sponsored post*, we’re going to mention another handy tech development, which is the emergence of shareable 3D platforms that streamline the whole industrial design process, including the development of offshore wind farms and other renewable energy facilities.

Developing wind farms isn’t easy, but designing and developing them for offshore environments is an even greater challenge. Good visualization tools are essential. And when they can be combined with operation and maintenance, even better! Here’s a taste of what Dassault Systemes offers in this regard, a cool example of 3D wind farm visualization:

At the end of the next video you can check out different platforms for architecture/engineering, aerospace/defense, consumer packaged goods, and consumer goods/retail.