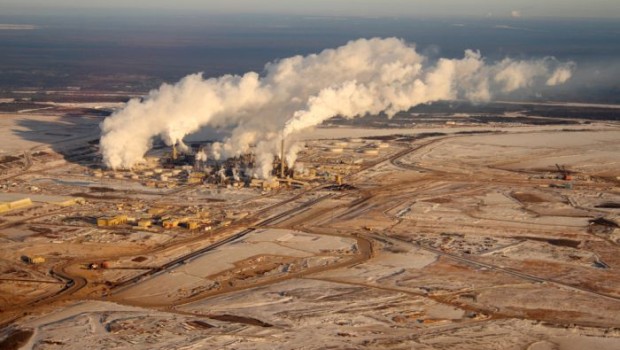 The Keystone XL pipeline has generated controversy because of the transport of sticky diluted bitumen from the tar sands in Alberta, Canada. The possibility of a leak is similar to that of other pipelines carrying ordinary crude oil. In other words, the pipeline will leak sooner or later.

The difficulty lies in the cleanup. Diluted bitumen is heavier than regular crude oil and sinks in the water. It is also very sticky, making it difficult to remove from soils and riverbed gravels. Since the path of the Keystone XL pipeline crosses some of the largest water sources in the U.S. and a lot of prime farmland, environmentalists and many landowners have been opposed to the building of the pipeline.

The refining process is also dirtier, producing more emissions and leaving more waste than typical crude oil. The strip mining performed in order to get the bitumen out of the tar sands is also environmentally damaging.

The full length of the pipeline will run from Canada to the Gulf Coast in Texas. Because it crosses an international border, the Keystone XL pipeline must be approved by President Obama. Obama approved a shorter portion of the pipeline that extends from Cushing, Oklahoma to Nederland, Texas. Cushing is a hub of oil transport and the new pipeline will relieve a bottleneck that has developed there. The pipeline will be extended from Nederland to refineries near Houston, Texas later this year.

TransCanada, the owner of the Keystone XL pipeline, says the pipeline is very safe and built to modern standards. Even so, there are still concerns about diluted bitumen leaking out. Some landowners say that federal inspectors are not checking the pipeline. Only TransCanada’s inspectors have looked at the pipeline.