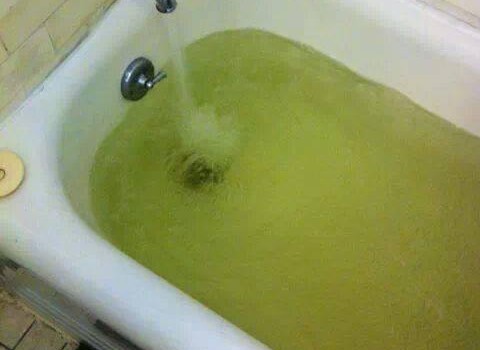 
West Virginia has had its share of water woes.  The latest came last week from a leaky chemical storage facility when MCHM, a little-studied chemical, contaminated the drinking water supply of Charleston, West Virginia.

Despite the all clear, hospitals are still seeing new admissions of people with symptoms caused by MCHM.  Pregnant women have been warned to continue drinking an alternative source of water.

West Virginia Commissioner for the Bureau of Public Health Dr. Letitia Tierney said, “Some people are getting (flu) viruses, as many people do every winter. In addition, a lot of people are getting very anxious. Anxiety is a real diagnosis and it can be really hard on people, and it’s okay to be seen by a health professional to ensure you’re okay.”

It remains to be seen what the long-term effects are, since MCHM has not been studied well. The safety standard for MCHM has been set at one part per million, determined by animal testing, but it seems that is not quite low enough.

Freedom Industries, the owners of the chemical storage facility, have filed for bankruptcy.  Bankruptcy will protect the company from lawsuits.

West Virginia water has been repeatedly contaminated as a result of the coal mining industry and other industries.