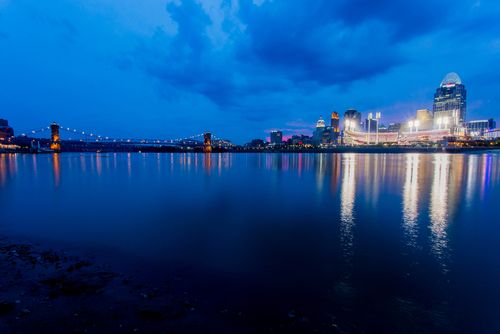 900 billion gallons of untreated wastewater are released into America’s rivers and lakes each year. The U.S. needs to invest $3.6 trillion over the next decade to repair and replace the aging water infrastructure. Pilus Energy’s system treats wastewater, making it safe to discharge, while at the same time providing a source of renewable energy.

Two pilot programs are planned. One pilot program is with Anheuser-Busch, the international beer company. Beer is 90% water, so the quality of the water is important. Brewing beer uses water in just about every step of the process, but only 27% of the water used becomes beer. The rest is discharged back into the environment. Anheuser-Busch has made a commitment to reduce the amount of water and energy used in the production of their beer. Bactobots can get them closer to their goals.

A second pilot program is with the Metropolitan Sewer District of Greater Cincinnati (MSDGC). MSDGC serves more than 800,000 households and businesses. Municipal wastewater treatment facilities are under a great deal of pressure to cut costs while increasing performance and improving environmental outcomes. Pilus Energy’s bactobots can cut costs by cleaning water while generating energy for use in other parts of the treatment process. Nearly 15,000 wastewater treatment facilities are in operation in the U.S. The potential economic and environmental benefits are enormous.

Pilus Energy has an Indiegogo project to finance these pilots. The goal is to raise $50,000 by December 25, 2013. If renewable energy and clean water sounds good to you, you might want to look into this.