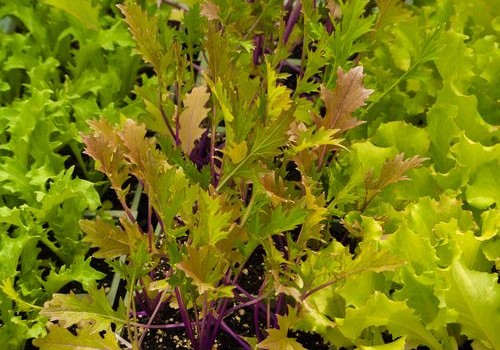 
The Sahara Forest Project has produced the first year of crops. The amount of crops produced by the setup in the desert of Qatar is comparable to commercial farms in more arable regions.

The greenhouse yielded 75 kilograms per square meter in the first year of production, comparable to a commercial farm in Europe. Yara International and Qafco, the fertilizer companies sponsoring the research, estimate that 60 hectares of growing space in the same type of greenhouses would supply Qatar with much of the salad vegetables they now import.

A nice side effect of the greenhouse was finding that plants spontaneously grew outside the greenhouse. The cooler air and the moisture produced improved the local environment enough that plants could take root. The researchers took advantage of the growth potential and planted such crops like barley and arugula.

The designers are already setting up another project in Jordan by the Red Sea. The new project will cover twenty hectares and is designed to test the commercial viability of the operation.

I would be interested to find out if the same technology could be used in the American west, in areas where aquifers are brackish and summers are dry and hot. Since the U.S. has plenty of well-watered arable land, the desert greenhouses would need to be economically feasible. If they are, they could provide a needed boost to the economy in some areas.