You are here: Home / Agriculture / Nitrate Monitoring in Real Time 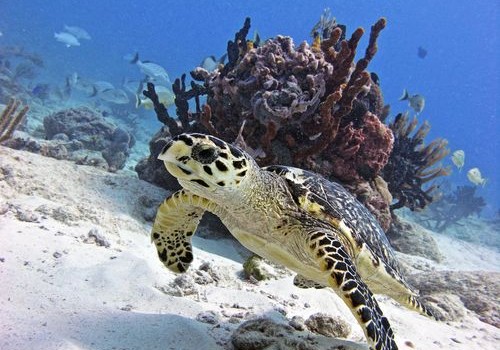 Nitrate monitoring in real time along the Mississippi River basin helps determine the size of the annual dead zone in the Gulf of Mexico as well as how well efforts to reduce the dead zone are working. The United States Geological Survey (USGS) uses cutting edge optical sensor technology to measure nitrate levels across the watershed.

Thirty-six sensors transmit nitrate levels every fifteen minutes to three hours. The sensors are located at major points along the Mississippi River and its tributaries, such as the Missouri River at Hermann, Missouri; the Ohio River at Olmsted, Illinois; the Illinois River at Florence, Illinois; and the Iowa River at Wapello, Iowa. The sensors are spread out across eight states: Iowa, Illinois, Indiana, Nebraska, Kansas, Wisconsin, Missouri, and Arkansas. The data is incorporated into the USGS Water Quality Watch.

Nitrate monitoring helps the USGS determine the sources of excessive nitrate. It also helps local water utilities know when to turn on their nitrate removal equipment, which can be expensive to run. Earlier this year, runoff pollution was heavier than usual due to the extreme drought of the preceding year.

Excessive nitrates are unhealthy for people to drink, but they’re also deadly for animals that live in the water. When nitrate levels increase, algae bloom and die. The decomposing algae reduces the amount of oxygen in the water. Animals that can move, such as fish or turtles, will leave the area to escape. Slower animals, like crabs and starfish, or animals that stay in one place, like corals or many shellfish, simply suffocate in the water., decomposing and increasing the size of the dead zone.

Learning where and when the excessive amounts of nitrates come from and pinpointing the sources will assist in planning ways to prevent future dead zones.

Turtle swimming in the coral photo via Shutterstock