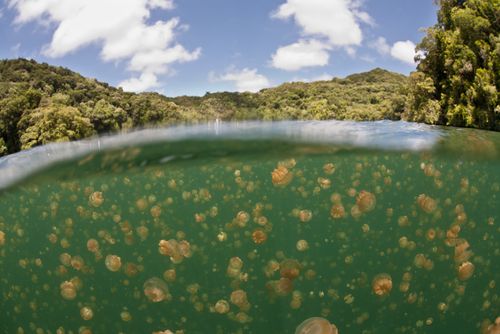 
Fisheries ranges are moving due to climate change. Scientists had expected marine animals to move toward the poles to escape the warming waters. What they found is that many animals have, but animals along the California coast and in the Gulf of Mexico had headed south. How to explain this?

Many animals prefer a specific environment – range of temperatures, water depth, etc. Most animals can adapt to changes if the changes happen slowly enough. Climate change is happening too fast right now for animals to adapt in place, so they migrate to other areas with conditions more to their liking.

Comparing fisheries data on 360 species or groups of closely related species over the years 1968-2011 showed where the animals had been moving. It wasn’t until they overlaid that data on a map of shifting ocean water temperatures that they realized marine animals had been chasing cooler waters, but the cooler waters had been to the south of them, rather than toward the poles.

Predicting where animals will likely move to in the near future and farther future because of climate change helps plan marine protected areas. Marine protected areas, in turn, ensure the long-term sustainability of fisheries, which many depend on for food and their livelihood.