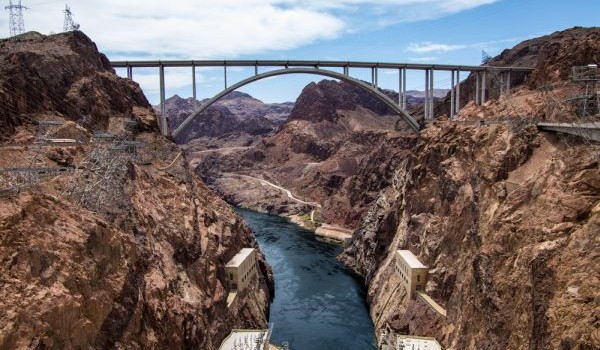 The week in water gathers the latest news in blue living from around the web.

The Great Lakes are experiencing record low water levels.  Where is the water going?  It turns out it’s simply evaporating.  National Geographic discusses five myths about the water loss in the Great Lakes.  If you’re curious how the U.S. and Canada agree on uses for the water in the Great Lakes, here’s the Adaptive Management Plan by the International Joint Commission.

A severe fourteen-year drought has affected lake levels along the Colorado River so much that less water will be released from the dam.  If the drought continues, residents of Las Vegas and farmers along the river can expect to experience water shortages.

Hundreds of dolphins have been stranding themselves on Atlantic beaches.  NOAA announced this week they had discovered the cause – cetacean morbillivirus.  The virus is related to the measles virus that infects humans, but morbillivirus doesn’t affect people, just sea mammals.  Scientists expect the outbreak to last until next summer as it kills animals without an immunity to the virus.

Desalination is an expensive way to clean drinking water.  In the past, purifying fresh water, even heavily polluted fresh water, has been cheaper.  Those days might be past.

Since water is becoming more expensive, perhaps a water-saving LED showerhead might come in handy.