You are here: Home / Infrastructure / The Ancient Ingenuity of Water Harvesting – Anupam Mishra 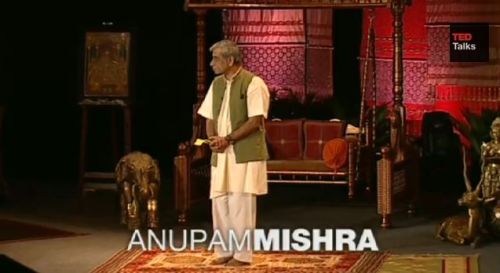 India’s Golden Desert receives nine inches of water each year. The underground water is 300 feet down and most of it is saline. It is a barren desert, yet ancient structures used for harvesting rain and storing it dot the landscape.

Anupam Mishra shows a system built four hundred years ago. It collects six million gallons in a season through about ten miles of ancient canals.

He compares this to a modern project which cost millions of dollars. Canals built of modern materials filled with water hyacinths, blocking the water brought from the Himalayas. The end of the canals filled with sand, since no water flowed through it to keep it clean.

This TED talk looks at several more ways Indians have traditionally harvested water in the Golden Desert. Some of the architecture is stunningly beautiful as well as practical.