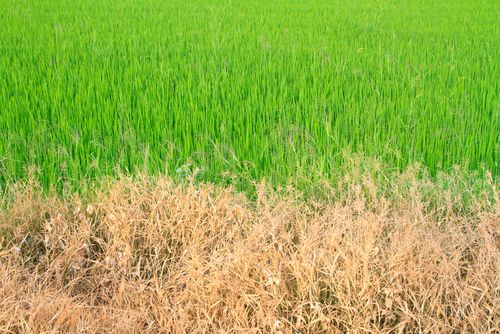 All over the world, usable fresh water supplies are shrinking. Less and less water is available for agriculture, in other words, the food we eat. However, agriculture is often the lowest priority when governments allocate water.

The idea behind peak water is that we are currently using all the available sources of fresh water, whether that’s surface water, such as rivers and lakes, or underground aquifers. There aren’t going to be any surprise discoveries of lots of extra water lying about.

As more people enter the world and more industries spring up to make our lives better and more comfortable, more water is necessary. Some things we can’t cut back on. There is a minimum amount of water a person can drink and still maintain their health. There is also a minimum amount of water necessary to grow crops and water livestock with very little room left for cutting back. Unfortunately, industries usually get the first pick of water allotments.

(available at Amazon for about $13). From a recent update on the Earth Policy site:

In Texas, a large grain and cattle state, whose northern part overlies the shallow end of the Ogallala, irrigated grain area peaked in 1975. Since then it has shrunk by two thirds, with the most precipitous drop in recent years. In Kansas the peak came in 1982 and irrigated grain area has since fallen 41 percent. Nebraska, now also a leading corn-producing state, saw its irrigated area peak most recently, in 2007. Even though aquifer depletion is reducing grain output in several key states, it is not yet sufficient to reduce the overall U.S. grain harvest, the bulk of which is produced in the rain-fed Midwestern Corn Belt.

The pain of peak water isn’t being felt in the United States yet, but it is already being noticed by those who make their living off the land. The recent droughts have certainly not helped things.

Peak Water: What Happens When the Wells Go Dry? (via sustainablog)

By Lester R. Brown Peak oil has generated headlines in recent years, but the real threat to our future is peak water. There are substitutes for oil, but not for water. We can produce food without oil, but not without water. We drink on average four…