You are here: Home / Availability / Using Wind to Solve the World’s Water Crisis 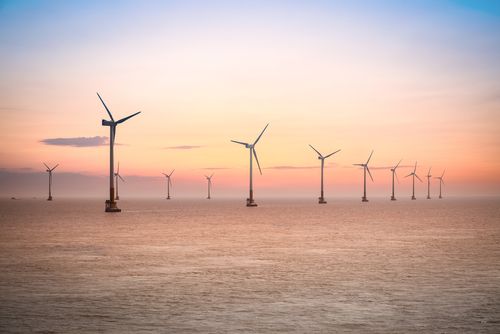 The world is on a precipice of a global water crisis.  Today, 1.1 billion people struggle to access safe water on a daily basis, and experts say by 2025, this number will increase to three billion.

Not only are groundwater sources being tapped out and contaminated, but areas that once had a stable water supply are facing droughts due to climate change.  Many countries have turned to desalination to meet their fresh water needs; drawing ocean water and converting it to fresh water through an expensive, fossil fuel intensive process.  Since 2001, the number of plants in operation has increased by 276 percent for a total of 15,988 today, according to the International Desalination Association.

Due to the cost and high energy drain, however, desalination has been a tool only for the wealthiest of countries where fossil fuels are not as costly.  These countries include the United Arab Emirates, Oman and Saudi Arabia.

Yet, a small social enterprise based out of Massachusetts is pioneering a new concept to bring desalination – and affordable water – to the developing world.  By partnering wind turbines with desalination plants, water can be generated at half of the cost while reducing dependency on fossil fuels from foreign countries.

Australia has tested this concept on a massive scale – linking large wind farms to desalination units.  It developed a desalination plant in Perth that is powered by 48 wind turbines and can generate as much as 40 million gallons of drinking water each day.  Another 63 turbines provide energy for desalination operations in Sydney.

In a project called Wind4Water, Associated Wind Developers – a consortium of wind developers – is the first to create a pre-engineered, modular facility that can easily be deployed around the developing world.  Its first project is underway in Cape Verde, a country comprised of an archipelago of 10 islands off the coast of Africa.  Cape Verde has one of the lowest groundwater levels on the continent, contributing to water scarcity and low food security (the island imports more than 80% of its food).

Sara Corben is a writer for the Wind4Water blog, which can be found at www.wind4water.com/blog/.