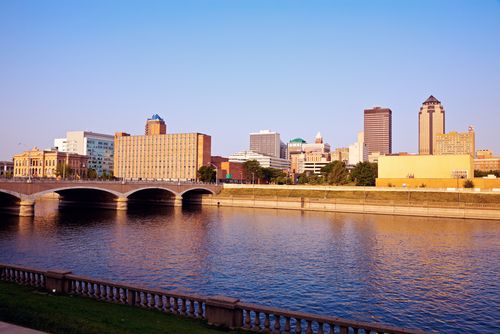 It may seem contradictory that drought increases runoff pollution. It’s a complicated problem, but not one without solutions.

The severe drought across much of the United States last year left plants unable to absorb the chemical fertilizers intended to boost their growth. The nitrates from the fertilizers remained in the soil until last month in Iowa, when record rainfall washed it out of the farmland and into the rivers.

Iowa is seeing record levels of nitrate pollution in its rivers this year. The Raccoon River near Des Moines had 24 milligrams of nitrates per liter, way above the 10 mg/l limit for drinking water. The Des Moines Water Works spends $7000 per day to decrease the amount of nitrates in the drinking water to acceptable levels.

Iowa’s plan to combat farm runoff includes sharing scientific data with farmers which will help them to apply fertilizer more efficiently and encourage conservation measures. However, cooperation is entirely voluntary and it doesn’t appear that enough farms are applying these measures.