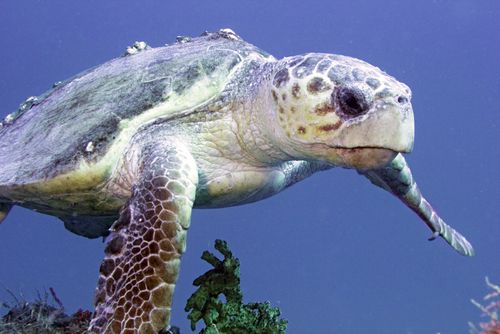 Magdalena Bay is a major feeding ground for several species of sea turtles. Local communities have depended on sea turtles for food and products in their homes.  However, sea turtle populations have declined significantly in recent decades

Traditionally, fishing communities would eat the sea turtles, especially during holidays. When the community noticed the decline in sea turtle populations, they formed Grupo Tortuguero. Grupo Tortuguero is composed mainly of fishermen who also study turtles. When they are fishing and a turtle comes near the boat, they pull it on board, take measurements, tag them, and release them.

Initially, the community worried that conservation would negatively impact their own fisheries. They had to move away from gillnets, which catch turtles and drown them. Tourism allows the community to increase opportunities for employment, but the biggest improvement has been in technology. Adding lights to the fishing nets causes turtles to avoid them, but encourages halibut to enter them.

Conservation has become an important activity in Magdalena Bay and it has created other industries to improve the quality of life for the communities there.

The video on the sea turtles and fisheries of Magdalena Bay is about sixteen minutes long.

Loggerhead sea turtle swimming in the Florida Keys via Shutterstock