You are here: Home / Uncategorized / Fukushima is Leaking Again 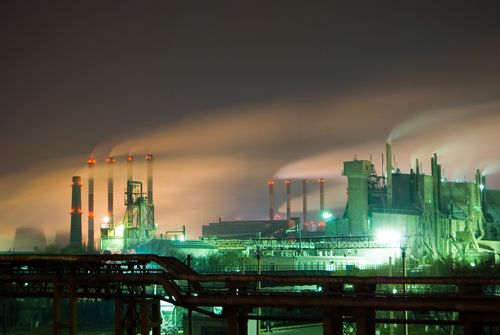 When an earthquake followed by a tsunami hit Japan more than two years ago, power was lost to the cooling system at the nuclear power plant. The Fukushima Daiichi nuclear power plant suffered a meltdown in three of its six reactors. In order to contain the meltdown, water was sprayed on the towers to cool the radioactive fuel.

This water became radioactive. Tokyo Electric Power Company (TEPCO) built retaining ponds constructed from two layers of polyethylene linings and an outer clay lining.  While cesium is removed from the water before storage, other radioactive elements are still present.

Now, three of the seven retaining ponds have been discovered to be leaking.  At least 32,000 gallons have escaped the reservoirs.

Nuclear power plant in Japan at night photo via Shutterstock