You are here: Home / Economics / Turning Waste Water into Snow 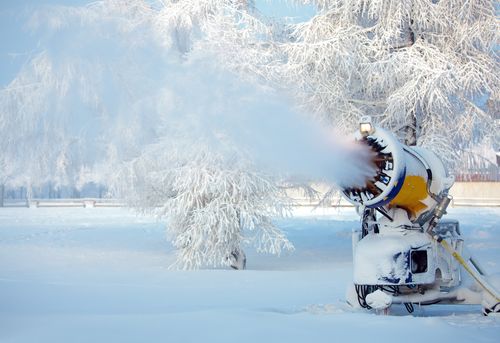 The city of Aspen, Colorado has a plan to turn waste water into snow for local ski resorts.

Aspen’s sanitation plant typically treats waste water to where it’s almost as clean as drinking water. The treated waste water is then released into the Roaring Fork River.

What if that clean water were to be used again before sending it back to the environment? Aspen city officials have nearly completed a plan to do just that.

Buttermilk, a local ski resort, is the location of the X Games. It takes tens of millions of gallons of water each year to produce the snow features used in the games. Local golf courses also use large amounts of water for irrigation for the greens. The city irrigates the sides of roadways for beautification projects and public safety.

More and more cities are seeing the wisdom of using their already treated waste water for secondary purposes, such as irrigation or industry.  Some places have even gone the extra step of treating the waste water to be used as drinking water.