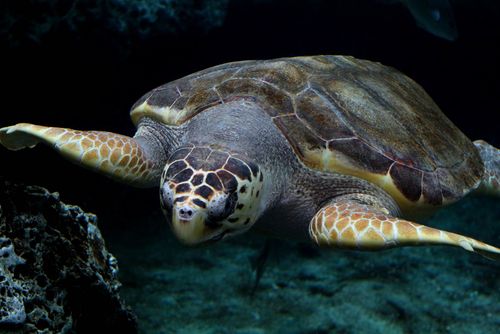 Conservation groups filed a lawsuit this week to protect loggerhead sea turtle habitat. The suit against the National Marine Fisheries Service and the U.S. Fish and Wildlife Service maintains that the agencies have not protected critical habitat for loggerhead sea turtles.

Loggerhead sea turtles are endangered. They live in the Atlantic, Pacific, and Indian Oceans and they spend time in both open ocean and shallow coastal areas. Even with such a broad range of habitat, the loggerhead sea turtle is at risk from human activities. Most pressing is the destruction of nesting sites.

In the U.S., the largest nesting populations are found in Florida. Coastal development and beach armoring can make it difficult for loggerheads to nest successfully.

The southern California nesting populations have declined by 80 percent of the last decade. Coastal development as well as gillnet and longline fishing are significant factors in the decline.

With east coast sea levels predicted to rise three to six feet by 2100, loggerhead sea turtle habitat is at risk. Protecting the beaches loggerheads depend on would also benefit humans by acting as a buffer against storms and floods.