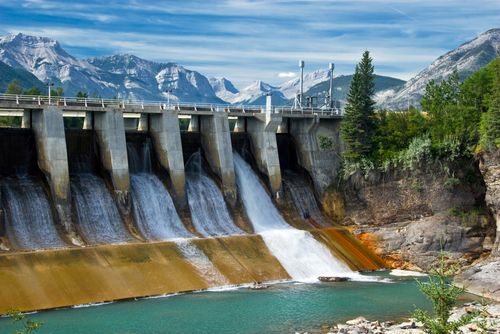 Hydroelectric power accounts for nearly 16% of the world’s electric production. Electricity is produced by water falling through a turbine, either from a natural or artificial waterfall. Hydroelectric generation works equally well on a large scale to provide power to cities or regions or on a small scale to provide power to a single household or project.

The drawbacks to hydropower include habitat loss and displacement of populations. Dams can disrupt fisheries and reduce flow to the mouths of rivers.

Hydropower and Hydroelectric Energy Facts and Figures (via http://www.renewablegreenenergypower.com)