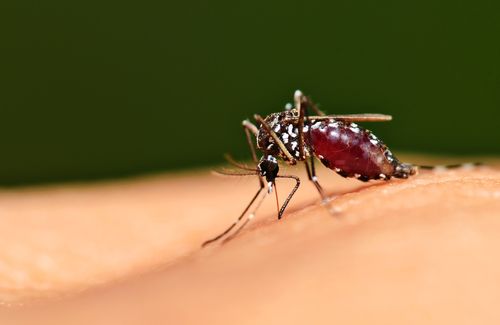 Soldiers in Sri Lanka are being deployed to fight mosquitoes. Ten thousand troops are being sent out in a “clean-up” effort aimed at removing the breeding grounds of disease-carrying mosquitoes.

Mosquito-borne diseases are a recurring problem in Sri Lanka, as they are in much of the tropics. Sri Lanka is currently fighting an outbreak of dengue fever, a viral infection spread by mosquitoes. Official figures indicate that 15,000 people came down with dengue fever January through May of this year. During the same period last year, 10,300 fell ill. Officials note that the numbers may be higher, since not everyone seeks treatment.

Dengue fever produces extreme flu-like symptoms and there is no medicine able to treat it. Most people recover within two weeks, but seventy-five people in Sri Lanka have died of dengue fever this year.

To reduce the chance of infection, the Sri Lankan government is sending troops to assist health workers in removing areas of stagnant water. People who leave containers outside to fill with standing water will be prosecuted.