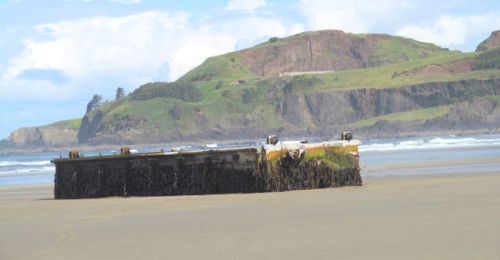 Among the Japanese tsunami debris that has washed up onshore is a sixty-six foot dock, still intact.

The Japanese consulate confirmed that the dock was from a northeast area of Japan. Scientists took samples of the marine life attached to the dock and said some were unique to Japan.

The dock was also tested for radiation, because of the Fukushima nuclear reactor disaster caused by the tsunami, but no radiation was found.

The Oregon Department of Parks and Recreation is deciding how to remove the dock without disrupting the shore.