You are here: Home / Blue Energy / Pouring Water into a Volcano to Create Energy 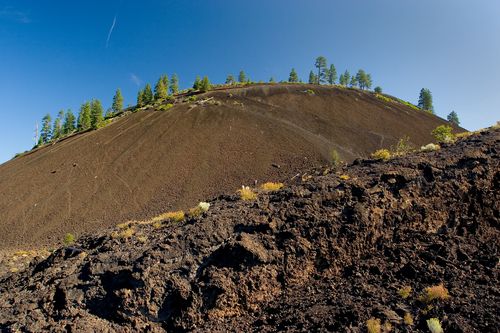 AltaRock Energy, Inc. of Seattle and Davenport Newberry Holdings LLC of Stamford, Connecticut, funded by Google and other investors, will pour 24 million gallons of water into a test well 10,600 feet deep. The plan is to crack the hot rocks that occur between 6000 and 11000 feet down with cold water.

The fractures created in the hot rocks will extend about 3300 feet from the well in all directions.

A second well will draw the water back out as steam. This steam will be used to power a generating station in the same manner as traditional geothermal wells.

At this time, a power plant is not being planned, but if all goes according to expectations, one might be running within a decade.

What Could Go Wrong?

The fracturing process is similar to the fracking that goes on in oil and gas drilling. There isn’t a plan to use chemicals to fracture the rocks in the volcano, but plastic will be used to seal the sides of the well higher up.  The water would be reused, so it wouldn’t put pressure on local drinking water supplies.

The process carries similar risks of earthquakes. An Enhanced Geothermal Systems project in Basel, Switzerland had to be shut down due to earthquakes. The U.S. Department of Energy will be monitoring the Newberry Volcano project.

Another project in Australia has had drilling problems.

Two plants in France and Germany are already working, so the technology is definitely possible.

The potential upside of this project is that half the country’s electricity could be produced by this method. A 2008 assessment by the USGS found that rocks throughout the