You are here: Home / Fishing / Tuna Stocks and Overfishing: Is It Too Late? 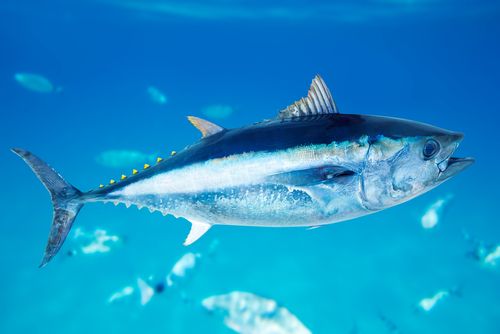 A new study indicates that some fisheries have not been overfished – yet.

Published in the Proceedings of the National Academy of Sciences, the study looks at fish populations of twenty-six commercial species since the 1950s. The overall picture is of decline from much higher population numbers.

Bluefin tuna and albacore tuna have been reduced by nearly 90% from their mid-century numbers. These two fish are high-value fish that are served in restaurants and used for sushi. Demand for them is high.

Some smaller, short-lived species of mackerels have also been heavily overfished. Rebuilding both kinds of stocks will be important for the future of the commercial fisheries.

On the other hand, many warm water species of tuna (usually the sort that ends up in the can of tuna) and related species are only on the edge of being overfished. With proper management, these species could continue to provide jobs and profit for commercial fisheries far into the future.

One obstacle to recovery of fish stocks is getting corporate fisheries to agree to scientifically sound caps. Another is the black market.

Still, the study gives hope with these more solid numbers.

Photo of bluefin tuna in the Mediterranean via Shutterstock.