You are here: Home / Availability / Will the Texas Drought put the Kibbosh on Fracking? 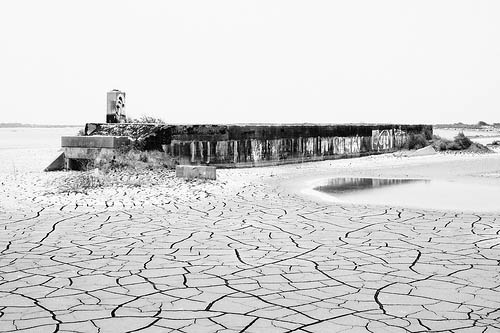 We’ve talked here before about how hydraulic fracturing, or “fracking,” threatens clean drinking water, but fracking also requires quite a bit of water to execute. In drought-stricken Texas, local water districts are starting to restrict natural gas companies’ fracking operations because of the strain it puts on the water supply.

In North Texas, the city of Grand Prarie was the first town to tell gas companies that they can’t use municipal water for fracking operations, and it looks like more restrictions are on the way. Chris Faulkner, Chief executive officer of Breitling Oil and Gas Corporation said:

The rumblings have definitely started in the last six months. It used to be, “Are you going to contaminate my water;” now the concern is, “You’re going to use up all my water.”

Because of Texas’ relatively lenient laws about water use, it’s become a major producer of natural gas in the U.S. The industry-friendly state produces 1/3 of our natural gas right now, and these restrictions are definitely changing the game.

Some companies are looking for non-municipal water sources, so that they can continue their fracking operations in Texas, but some companies are simply violating these new ordinances, because paying the fine is cheaper than following the rules. Violations clock in at around $2000, which for a natural gas company is basically pocket change. It’s also much cheaper than trucking in water, which cost one company $68,000.