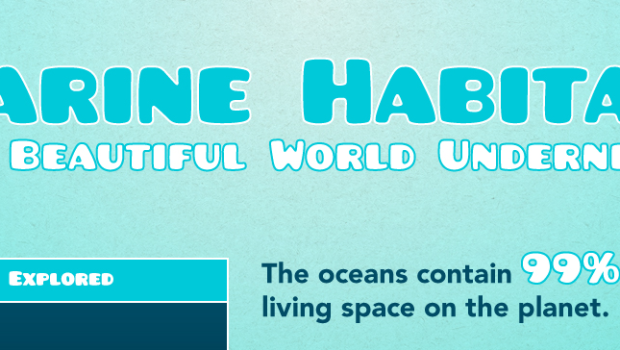 This awesome infographic below, created by a Reusable Shopping Bags company, is sure to present you with a handful of shocking ocean and marine life facts. In fact, I’ve never seen an infographic with so many totally amazing facts I wasn’t previously aware of. From the facts about marine animals to those about the ocean as a whole to those about oil and pollution in the ocean, there’s a lot of both fascinating and disturbing stuff here. It doesn’t discuss the Pacific Ocean and the Atlantic Ocean Garbage Patches, but I guess that’s old news now….

Which ocean or marine life fact was the most surprising or interesting to you? (I think the fact that an octopus has 3 hearts was the most amazing to me.)

Zach is the director of Planetsave.com and CleanTechnica.com, sites covering environmental problems, such as global warming and the increasing number of endangered plants and animals, as well as solutions to them, such as solar power (including cool things like solar paint and solar shingles), wind power, green living, and climate activism.