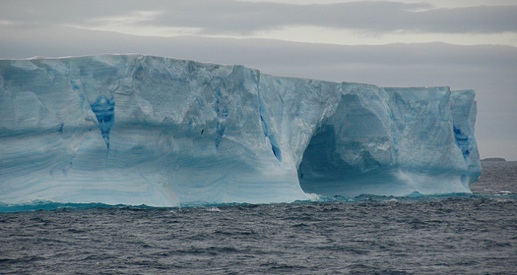 Captain Robert Falcon Scott, head of the second expedition to reach the South Pole, and who, with his team, died on his 1912. Living on for almost 100 years now are the specimens he collected along the way- among them some smaller “filter-feeding animals” that resemble branching twigs. These specimens, along with many others collected throughout the years, have enabled David Barnes and other researchers of the British Antarctic Survey to identify a mysterious increase over the last two decades in how fast the modern-day versions of those animals grow.

The animals, a bryozoan species called Cellarinella nutti, act as carbon sinks because they usually end up on the ocean’s floor, taking their carbon with them., which could be good news not only for climate science, but for offsetting climate change in the long term.

“Now that people are very interested in change in the polar regions, those specimens have become incredibly valuable as the only source of information at that time.” — David Barnes via LiveScience.com

According to Barnes, these animals produce annual growth rings and show their growth rate over time. Researchers found that the growth rate- estimated by the amount of calcium carbonate they produced, remained constant based on samples between 1890 and 1970, and noted large variability in the 1950s and 60s. Between the 1990s and 2008, their growth rates doubled.

Barnes theorized that the growth rate increase is due to the longer availability of food, which is phytoplankton. At the same time, there is no clear reason why there is more phytoplankton, as this area in the Ross Sea is not warming or losing ice.

While the reasons are unclear, the potential benefits of these animals consuming double the carbon could be a boon to battling the excess amount of carbon in the atmosphere.