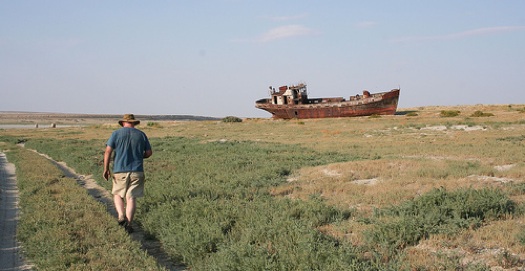 
British-based risk consultancy Maplecroft consultancy has issued a report on the stability of countries’ water supplies around the world. Maplecroft helps, “businesses and investors to navigate the political, economic, social and environmental risks affecting growth opportunities in both developed and emerging economies.” Maplecroft’s “water security risk index” assessed 165 nations from around the world, looking at access to drinking water, per capita demand and dependence on rivers that first flow through other nations.

“With climate change there is going to be a greater strain on limited water resources in many nations… Countries in Europe, such as Bulgaria, Belgium and Spain, have issues with water stress.” — Anna Moss, author of the study

Somalia won the dubious place atop the list of countries staring down imminent water issue- already just 30% of their population has clean drinking water. They are followed by Mauritania, Sudan, Niger, Iraq, Uzbekistan, Pakistan, Egypt, Turkmenistan and Syria. On the other shore, Iceland is the most secure, followed closely by Norway and New Zealand.

Climate change and a rising world population will stress water supplies in the coming decades for everything from farming to industry. Water security risks identified by the report, including shifts in monsoon rains, melting of glaciers, hydropower dams or more irrigation, could disrupt supplies or cause cross-border conflicts. The report also emphasizes that water stress is not just in poor countries. The United States ranked 104 out of the 165 countries. Other notable countries were Bulgaria at 47, Belgium at 50, Spain at 68, and Australia 95.