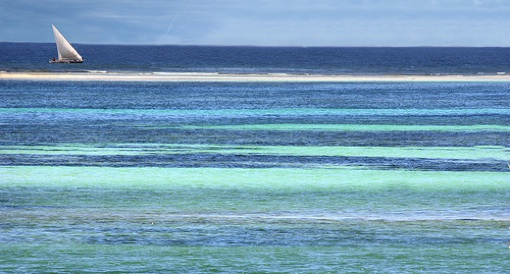 Whether it’s the threat of dramatic sea level rise to coastal areas or current climate change refugees from low-lying islands, the effects of climate change and global warming on the world’s oceans are both real and imminent. One of the emerging areas of major concern is the amount of heat rise that is stored on the ocean’s top layer. Scientists from around the world analyzed heat content estimates from between 1993 and 2008 to determine the amount and level of certainty around the heat storage on the ocean’s surface and they came up with the startling conclusion that there is now enough energy stored there to light close to 500 100-watt light bulbs for every person on the planet.

“The ocean is the biggest reservoir for heat in the climate system, so as the planet warms, we’re finding that 80 to 90 percent of the increased heat ends up in the ocean.” — Josh Willis, NASA Oceanographer

There is little debate that the top layer of oceans around the world have warmed since 1993, and scientists point to this as one of the main drivers of sea level rise. In addition to the numbers, these scientists say that sea levels rise as the water heats up because saltwater expands when it warms. They say that this expansion could be responsible for 1/3 to ½ of global sea level rise.

The scientists who did the research represent NASA, the National Oceanic and Atmospheric Administration (NOAA), Britain’s Met Office, the University of Hamburg in Germany and the Meteorological Research Institute in Japan.