You are here: Home / Activism/Events / Turkish Farmers Learn to Cut Water Use Up to 50% 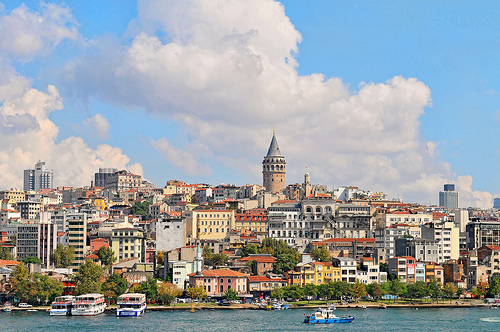 About 72% of total water use in Turkey is for agriculture. This 72% is important when the country’s largest city, Istanbul, can be out of running water for days at a time in the summer.

“We have to change our perception of water and water use practices considerably,” WWF-Turkey CEO Dr. Filiz Demirayak told the World Water Forum in Istanbul in March.

Bringing modern irrigation systems to the irrigable land in Turkey that is without such systems, over 90% of irrigable land, could reduce water usage by up to 50% new pilot projects by WWF show.

“In pilot modern irrigation projects in Konya Closed Basin in central Anatolia and Bafa Lake Sub-Basin in western Anatolia, we have achieved more than 50% of water in the production of sugar beet, cotton and corn, which are among the thirstiest crops,” Dr. Filiz Demirayak said.

WWF’s efforts to modernize Turkey’s irrigation systems may be relatively out of site and out of mind for most of us, but it is this kind of effort that is really making a difference in the world today.

“In 21 pilot projects in Anatolia WWF-Turkey has implemented drip irrigation technique in 270 decares (27 hectares) of agricultural land and trained thousands of farmer who are now growing their crops with half the average water they used previously,” Dr. Demirayak said.

I think that if you want to send money to an organization that knows what to use it for, how to use it, and how to get the most out of it, sending money to the World Wildlife Fund is a good idea.