You are here: Home / Availability / Most Dangerous Uses and Biggest Misuse of Water 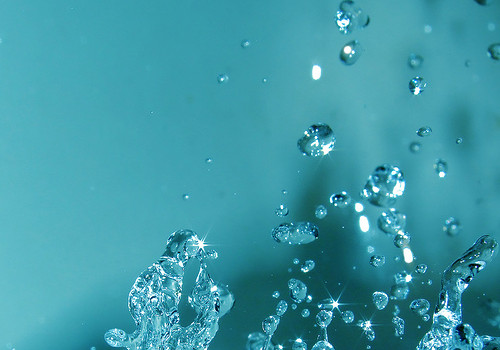 Robert Glennon is the author of Unquenchable: America’s Water Crisis and What To Do About It. I’m sure the whole book is a good read, but for a snapshot of some of the biggest water issues we face today, here are some of Glennon’s thoughts supplemented with a little additional research of my own.

What is the Single Most Dangerous Use of Water?

When asked what the single most dangerous use of water was in the US today, Glennon replied: “The most dangerous ‘use’ is the agricultural, industrial, and municipal pollution that threatens human health. Pollution is very insidious because it often happens out of sight and out of mind. The water that runs from farm fields, factories, or municipal wastewater treatment plants may enter rivers or groundwater. When [we] draw that water from streams or pump it from the ground we also get those contaminants.”

It has been estimated by scientific bodies that 40% of America’s rivers and 46% of America’s lakes are too polluted for fishing, swimming, or aquatic life. Additionally, approximately two-thirds of US estuaries and bays are either moderately or severely degraded from eutrophication (nitrogen and phosphorus pollution).

The Mississippi River, which drains about 40% of the continental United States, funnels about 1.5 million metric tons of nitrogen pollution into the Gulf of Mexico each year, creating the “coastal dead zone” which is about the size of Massachusetts in the summer.

About 25% of US beaches are closed at least one day a year due to water pollution.

Major solutions to solving these water problems in the US (and across the planet) today are: 1) reducing nutrient and pesticide pollution (from our agriculture, our lawns, driving our cars, and destroying our wetlands); 2) reduce sewage pollution; 3) improve storm water management and watershed monitoring; 4) stop deforestation; 5) stop coastal development; 6) reduce pollution from oil and petroleum liquids;  7) reduce mercury emissions; 8) clean up mining practices; 9) clean up chemical pollution; 10) stop global warming.

One clever idea Jennifer Lance wrote about at this time last year was planting a rain garden. With spring blooming, this might be a good project to get working on today.

What is the Biggest Misuse of Water?

When asked what the biggest misuse of water was, on a global scale, Glennon responded: “The biggest misuse of water is the excessive pumping of groundwater. It is most scary in India and China, which rely on large-scale, industrialized agriculture to feed their huge populations. They withdraw more groundwater than Mother Nature provides reliably each year. The aquifers in both China and India, as well as in the United States, are declining. What on earth is going to happen when this water to grow food is no longer available?”

This is pretty straightforward: the world is pumping more water from the ground than is sustainable; more than is being refilled by nature. Eventually, if things do not change, these groundwater sources will be pumped dry.

We need to change the way we are using water and the amount of water we are pulling from the ground, in addition to addressing larger ecological and climate issues that have an impact on our water supply as well, if our future generations are going to have the water they need for life itself.