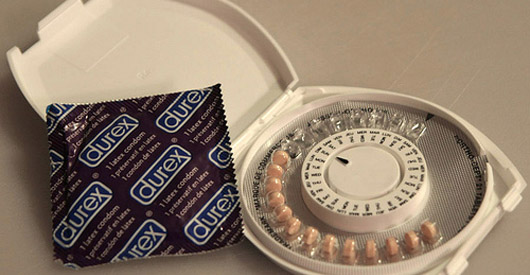 
An estimated 80 million women worldwide  take oral contraceptives (aka “the Pill“) to “inhibit ovulation and thus prevent pregnancy”.  First available to the public in the 1960s, the Pill has been pronounced as “the most significant medical advance of the 20th century”.  Although the Pill revolutionized women’s health, traces of the contraceptive are ending up in treated wastewater and harming fish.

Published in the journal Environmental Science and Technology, this new study found traces of the hormone levonorgestrel in treated wastewater of three Swedish cities:  Stockholm, Umeå and Gothenburg. In fact, fish had higher levels of the hormone in their blood than women who take the Pill orally.  Medical News Today reports:

The study shows that levonorgestrel – which is found in many contraceptive pills, including the morning-after pill – can impact on the environment and constitutes a risk factor for the ability of fish to reproduce. Levono