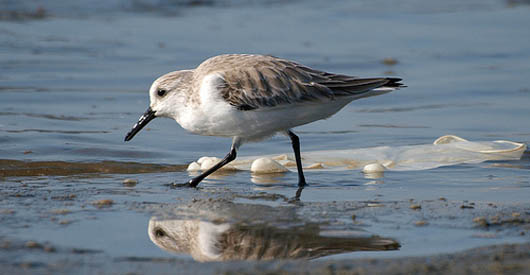 
The Great Pacific Garbage Patch located in the North Pacific Gyre is well known; however, scientists have recently discovered the Atlantic Ocean is also littered with plastic debris.  After twenty years of study, it is surprising that no one has talked much about marine litter in the Atlantic until now.   Much of the plastic found by researchers is “low-density”, such as the kind used in plastic bags.


BBC News reports on the garbage patch found in the northern Atlantic Ocean:

The maximum “plastic density” was 200,000 pieces of debris per square kilometer.
“That’s a maximum that is comparable with the Great Pacific Garbage Patch,” said Dr Lavender Law.
But she pointed out that there was not yet a clear estimate of the size of the patches in either the Pacific or the Atlantic.
“You can think of it in a similar way [to the Pacific Garbage Patch], but I think the word ‘patch’ can be misleading. This is widely dispersed and it’s small pieces of plastic,” she said.

According to Wikipedia, 80% of marine garbage is land-based.  It’s a disgrace to think