You are here: Home / Blue Energy / 1.5 Megawatts of Wave Power Coming to Oregon 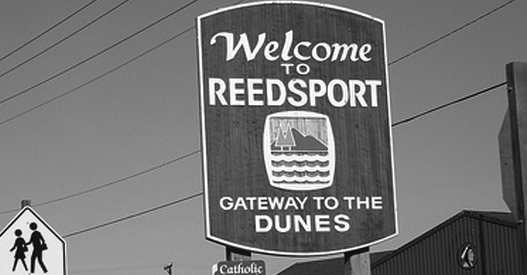 
The first phase of an Oregon wave power project off the coast of Reedsport has begun with the contract award to build the first PowerBuoy.  This project is the”first commercial wave energy PowerBuoy® system in North America”, and eventually 10 buoys will be brought online.   One buoy will produce 150 kilowatts and create 30 jobs, according to Business Wire, and the first one will be brought online 2010.

Oregon Iron Works won the contract from Ocean Power Technologies (OPT) to build 10 PowerBuoys at a cost of $60 million.  The energy will be sold for 15 cents a kilowatt.  Despite promises of green power, wave power is not without controversy.  The New York Times explains:

However, getting working wave-power projects into the water is not easy. A wave-power device from another company, Finavera, sank off the Oregon coast two years ago. In California, state regulators last rejected a wave power project (also Finavera’s), saying that the technology was “precommercial” and that the “contract price is not reasonable.” The wave project that is furthest along, off the coast of Portugal, ran into financial difficulties earlier this year.

The Reedsport wave power station will be located 2.5 miles off the coast, which should reduce visual impact, which is often a concern of coastal residents and tourists.   Fisherman are concerned wave power stations will impact their fishing grounds, and I wonder if the noise generated will affect marine life, similar to how Navy sonars harm whales.

OPT estimates the pilot project will deliver about 4,140 megawatt-hours of electricity to the grid each year — enough to power at least 375 homes — and has the potential to expand in the future. In addition, the electricity generated by the clean, renewable system will displace 2,110 tons of carbon dioxide each year, according to OPT.

Estimates have dropped to 1.5 megwatts, which the NY Times says is about “about half that of a single giant wind turbine (though the waves should be able to provide plenty of power around the clock, unlike the intermittent wind)”.  The project is expandable, which raises more concerns from fishermen and environmentalists.   According to OPT, “A 10-Megawatt OPT power station would occupy only approximately 30 acres (0.125 square kilometers) of ocean space.”  Wave power technology is exciting, but I wonder about the longevity of the buoys in the ocean environment and if the impacts are worth the little bit of power produced.