You are here: Home / Blue Energy / Hydropower Is No Longer a "Renewable" Energy Because of Climate Change 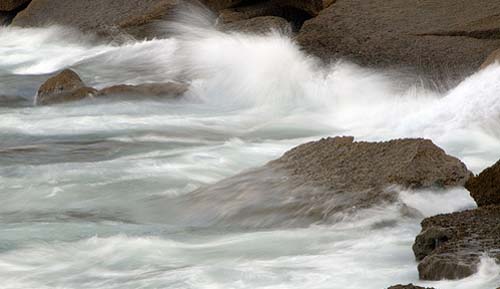 Because a supply of water can no longer be relied on in some regions of the US; some of the states with legislation now in place to increase renewable energy no longer defineÂ  existing hydro-electric power as a “renewable” source of power.

Because of climate change we are seeing already, warming and drying states;Â  like California and the Southwest have declining snow-melt and are already preparing for reduced production of hydro-power.Â  In these states hydro-electric power can longer be counted on to replenish itself with more water in the future.

This fact is now being reflected in state legislation. The Renewable Portfolio Standard is a law in more than half the states now; requiring that utilities get an increasing percent of their electricity from renewable resources such as sun, wind, geothermal power.

But utility-scale hydro-electricity does not count towards the RPS in California. Of old hydropower; only very small installations are grandfathered in under the RPS. Any new hydroelectric power must not require any appropriation or diversion of water from a watercourse, so utility-scale hydro-electric power will never be built in California. Only future wave energy off-shore would qualify.

You can see how your state deals with hydro-electricity if it has a Renewable Portfolio Standard on this map. In some states, hydro is restricted by size limits: 200 MW in Vermont, or 30 MW for California, while in others it is restricted by technology: for example, pumped storage does not qualify in Maryland.

But the rain-rich Northeast still defines renewable energy to include hydro power. Hydro contributes 30% of what helps Maine get an astounding 55% of its electricity from renewable power already, the most of any state in the US. According to the NOAA, both the Northeast and the Northwest will see greatly increasing precipitation events with climate change.

Now that we will possibly be able to finally pass nationwide RPS legislation in the Clean Energy Jobs & American Power Act to ape the states’ RPS, we should take into consideration the increasing climactic differences between regions of the nation when it comes to water expectations, as a result of climate change. Both the feast in the Northeast and the famine in our deserts.

In the 19th century, dams were built with only a rudimentary understanding of the ecology of rivers. Now that we are inventing many new ways to make hydro-electricity that are not damaging to the current inhabitants of rivers, we should include these source of power, if we can, in the states that will have more precipitation with climate change, even as we try, by increasing our supply of renewable energy; to prevent yet more drastic climate change in the future.