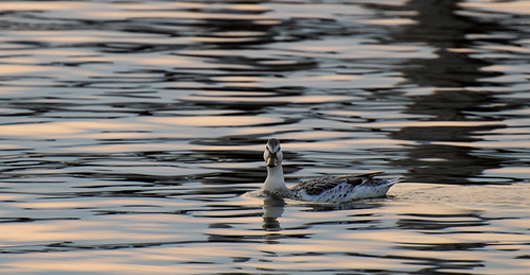 The Chesapeake Bay has long been plagued by pollution, and in fact a large portion has been declared a “marine dead zone“.Â  This largest estuary in the United States is fed by 11 large rivers that contain run-off, which deplete the water of oxygen and are responsible for large algal blooms.Â  The York River, which flows into the western side of the Chesapeake Bay through Virginia, is about to be cleaned up using a unique approach:Â  trap nitrogen and phosphorus in the river, use it to feed algal blooms, then convert the algae to biodiesel.Â

The old adage “killing two birds with one stone” seems to apply to the Chesapeake Algae Project (ChAP) largely funded by the Norwegian energy company StatoilHydro.Â  StatoilHydro has awarded $3 million to the Virginia Institute of Marine Science (VIMS) to remove pollution from the York River and turn it into alternative fuel. Other partners in the project housed at the college of William and Mary include “Blackrock Energy, the University of Maryland, the Smithsonian Institution, the University of Arkansas, and HydroMentia”.

The Daily Press explains the project:

VIMS will pump water from the river near its Gloucester Point campus onto a large conveyor belt. A plastic screen on the belt will trap the nutrients while the water is recycled back into the river.

The nutrients, which sit on the belt for at least a week, turn into algae before researchers harvest and store it. From there, researchers take the algae into a lab where oils are extracted and converted into biodiesel.

Using algae that occurs “naturally in rivers and the Chesapeake Bay” to make biofuels takes a problem and turns it into a solution.Â  According to VIMS:

The William & Mary/VIMS group is investigating a process that not only is environmentally sustainable, but if used on a large scale, can help to reverse a number of environmental problems such as excess nutrient enrichment that produces â€œdead zonesâ€ in Chesapeake Bay and other waters.

Although the main function of the project is to make biodiesel from algae on an “industrial scale”, the secondary effects of cleaning up the York River are to be commended.Â Â  This approach of using existing pollution in rivers ensures algae biofuel production does not compete “with either fresh-water supplies or agricultural resources”.Â  Mitigating the effects of agricultural and industrial run-off waste while creating alternative biofuels creates a win-win situation for all.