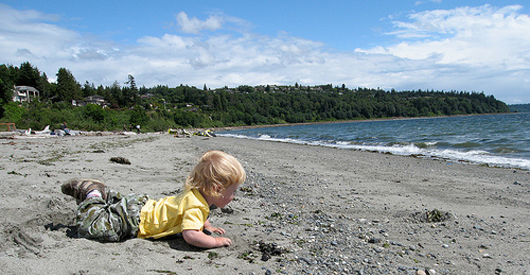 
Methicillin-resistant Staphylococcus aureus (MRSA) has been scaring the public and health community due to its resistance to antibiotics and how it is easily spread in communities and health care facilities.Â  According to the Center for Disease Control (CDC), MRSA is spreading:

MRSA can survive for months on surfaces, which makes the recent discovery of this deadly bacteria in the sand and water of public beaches on the west coast especially worrisome.Â  Researchers at the University of Washington found MRSA at seven public beaches in the Puget Sound region. Staph bacteria was found at nine of the ten beaches tested, but the presence of MRSA has researchers worried, as the samples resembled the hospital-acquired MRSA rather than community-associated MRSA.Â  Lead researcher Marilyn Roberts expla