You are here: Home / Climate Change / Rising Sea Levels: What Amsterdam Can Teach the World 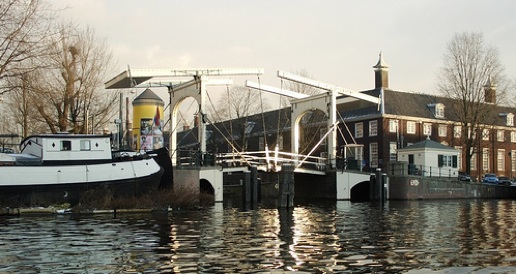 
Scientists are predicting a one meter rise in sea levels during this century, an environmental change that will affect cities around the globe. Amsterdam, the Dutch capitol city, has experienced more than its share of water disasters and does not take the predictions of rising sea levels lightly. A 1953 flood that brought water levels 15 feet above normal killed 1,800+ people, destroyed villages and spurned a massive international relief effort. A high water mark on Amsterdam City Hall serves as a reminder of what high water levels can do.

“We’ve been adapting for 1,000 years. That’s nothing new. It’s just that climate change is going faster than it was before,” Lennart Silvis, operational manager of the public-private Netherlands Water Partnership, told Reuters.

One of their most ambitious project could be a series of campgrounds and national recreation areas called Wadden Works, meant to act as a buffer against rising sea levels and floods before the waters even reach the dikes.

Projects like this could be of interest to U.S. cities along the East Coast in the coming decades as scientists track sea levels that have been reported as rising close to one foot over the past century. The EPA said in January that the mid-Atlantic region “will likely see the greatest impacts due to rising waters, coastal storms, and a high concentration of population along the coastline.”

With scientists predicting an acceleration in the rise of sea levels, the EPA, the National Oceanic and Atmospheric Administration and the U.S. Geological Survey are calling for an increased government role in preparing for the effects. Among their ideas? Preserving public beaches and coastal ecosystems- similar to the approaches already being put into place by Dutch organizations and authorities.

“A city can’t be prepared for all the change that will come but it can be flexible,” said Koen Olthuis, a principal at the Rijswijk-based architecture firm Waterstudio. With climate change and rising sea level warnings flooding the news, it may be time for coastal cities to look to Amsterdam, capitol of the Netherlands, but also capitol of dealing with rising water levels for over a century.