You are here: Home / Fishing / Annoying Sharks Used to Make Biodiesel in Greenland 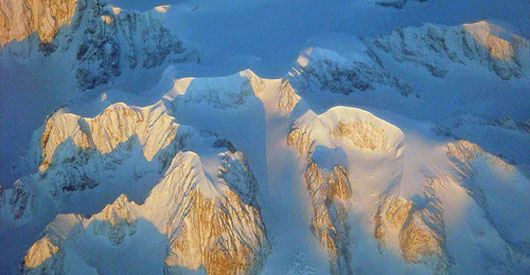 Parts of Greenland have a shark problem. When I think of sharks, I inevitably jump to images of Jaws, but the trouble with the Greenland shark is not the makings of Hollywood. Slim Allagui writes from Sisimuit, Greenland:

The Greenland shark, one of the largest species of sharks, is a nuisance to fishermen and its meat is toxic to humans, but researchers now hope the flesh can be used to create a biofuel for Inuits.Â  Native to the cold Arctic waters, thousands of the sharks get caught and die in fishermen’s nets off Greenland every year.

The shark problem has gotten so bad, the town of Uummannaq formerly offered “$38 bounty for every shark heart,” according to Biofuels Digest.Â  The Arctic Technology Centre (ARTEK) has proposed a new solution to the shark problem:Â  make biodiesel from their oily flesh.Â  Allagui explains:

Biofuel based on sharks and other sea products could supply 13 percent of energy consumption in the village of Uummannaq with its 2,450 inhabitants, according to estimates.Â  The project could help the many isolated villages on the vast island to become self-sufficient in terms of energy.Â  In Uummannaq, the Greenland shark represents more than half of the waste disposed of by the local fishermen.

Animal rights activists, specifically the World Wildlife Fund and the International Union for the Conservation of Nature, are not supporting the project and do not see the Greenland shark as such a problem for fisherman.Â  Whether sharks are specifically killed for biodiesel or the biofuel is made from already disposed fish waste, which contains large amounts of fat, environmental groups would like to see “other sustainable energy projects undertaken instead”.Â  Greenland has been looking towards hyrdroelectricity as a source of renewable energy for the country.