You are here: Home / Availability / African Education is Marred by the Lack of Toilet Facilities 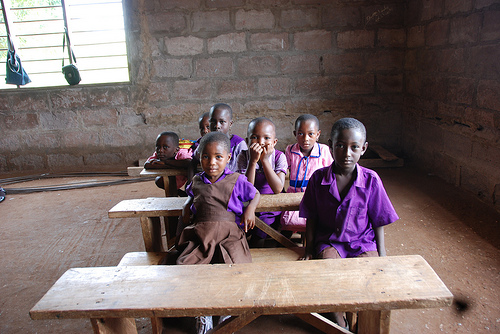 In Ghana, 52% of primary school pupils have no access to toilets and urinals in schools while the 48% that enjoy such facilities are compelled to share. Typically, boys and girls do not have their own lavatories.

According to a statement released by the Ghana National Education Campaign Coalition (GNECC), on June 16th, African Day of the Child, discrimination in access to quality basic education in Ghana results from gender sensitive school infrastructure, including separate toilets and urinals for girls and boys.

The Coalition believes that the absence of toilets for girls does not only affect school attendance but also contributes to the denial of their right to dignity and quality education.

Similar problems exist in many other parts of Africa. The last few years have seen international organizations, African education ministries and various women’s rights movements support the notion of “girl friendly” schools, with clean toilets (with doors) and water for washing hands. Unicef has been working to build latrines and bring clean water to Ethiopian schools since at least 2005.

ActionAid, an international anti-poverty agency has taken it upon themselves to address the situation since the government does not see it as a priority.  Thanks to their interventions a school in Tanzania, now has three new classrooms and eight toilets, so that girls who in the past feared sharing toilets with boys, can be comfortable while at school.

Enrollment at the school has gone up by one hundred percent because the girls now have their own toilets. They are free to use them without fear of being victimized by boys, says Anna Ngordya, the headmistress of one school helped by ActionAid.