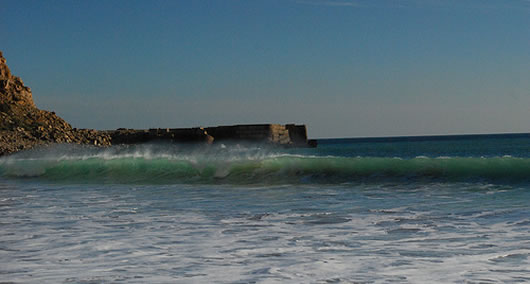 
Portugal, blessed by a lengthy deep-water Atlantic coastline and temperate climate, had until recently the world’s most advanced wave energy project, designed to harness the power of ocean waves for the production of electricity.

Several technologies are in various stages of development to capture wave power. Some of these call for floating structures while others rely on submerged machinery. However, prototype trials have proven costly and complex, and Portuguese companies in the field are in many cases dependent on foreign partners.

But Portuguese specialists insist the investment is well worth it. Cheaper than wind power, wave energy is more stable and predictable.

“While the wind comes and goes as it will, our forecasting capacity with waves is greater,” commented one official with the Centre for Wave Energy.

Other companies however, beg to differ.

According toÂ Northern California Public Broadcasting, energy developers have given up on about a third of the wave-power projects they proposed along the U.S. West Coast, some of them, clearly favor wind energy.Â Finavera, a Canadian company whose wave-power deviceÂ sank off the coast of Oregon in 2007 is one such company. Finavera has subsequently decided toÂ focus more on wind power.