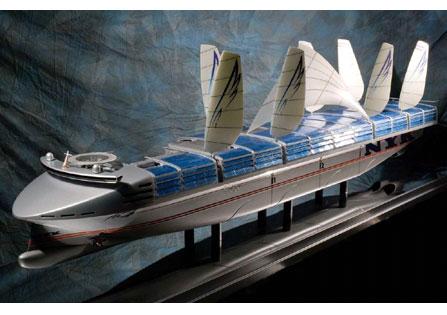 The shipping industry isn’t known for its environmental friendliness–it has been deemed “far more damaging than flying” by the International Maritime Organization–but Japan’s Nippon Yusek KK (NYK) wants to change that with the optimistically-named Super Eco Ship 2030.

Natural gas isn’t exactly the most sustainable hydrogen source since only limited quantities are available, but it’s undoubtedly better than the diesel engines normally used on container ships. The Super Eco Ship 2030 will theoretically be available by 2030, as you might expect.