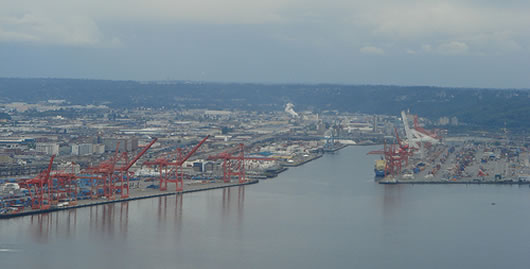 How safe is your drinking water?

According to the Associated Press, pharmaceutical and manufacturing companies have released as much as 271 million pounds of various chemicals legally into waterways that provide drinking water to millions. Chemicals found in urban waters include lithium, nitroglycerin, copper, phenol, hydrogen peroxide, nicotine, and many more. Typically most cities do not customarily test water for chemical infiltration, this is becoming an increasing problem in urban America.

But it’s not just about pharmaceuticals. Many manufacturing plants release other toxic components such as mercury into nearby waterways that are often the main water supply for the area. Coal plants are especially to blame. While people increasingly avoid seafood in their diet to lower their incidence of mercury poisoning, it is important to remember that the problem does not begin with the fish itself, but rather with industrialization in the surrounding waters.

Two cement kilns near Seattle, WA are significant sources of mercury pollution in the area. Watch this video made using Google Earth to learn more.