You are here: Home / Drinking Water / New Study Says US Fish Polluted With A Cocktail Of Pharmaceuticals 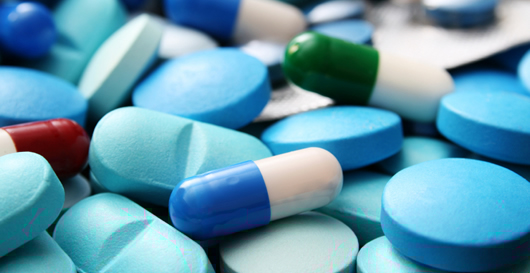 A study from Baylor University, which was published in the Environmental Toxicology and Chemistry journal, found that fish from rivers near Chicago, Dallas, Phoenix, Orlando, and Philadelphia all have high traces of both drugs and cosmetic chemicals.

For comparison, they tested fish from New Mexico’s pristine Gila River Wilderness Area, a location isolated from human sources of pollution. Wait, we have one of those?

“The average person hopefully will see this type of a study and see the importance of us thinking about water that we use every day, where does it come from, where does it go to? We need to understand this is a limited resource and we need to learn a lot more about our impacts on it,” said study co-author Bryan Brooks, a Baylor University researcher and professor who has published more than a dozen studies related to pharmaceuticals in the environment.

The researcher’s work was funded by a $150,000 EPA grant and tested fish for 24 different drugs, as well as 12 chemicals found in personal care products.

The Baylor researchers stated that there are currently no federal testing standards for these pollutants in wastewater. This is mostly because their effects in surface waters aren’t completely understood. Luckily, the findings have prompted the EPA to extend similar research to more than 150 different locations.

“This pilot study is one important way that EPA is increasing its scientific knowledge about the occurrence of pharmaceuticals and personal care products in the environment,” said EPA spokeswoman Suzanne Rudzinski.

What effect would this have on people?

Brooks said that someone would have to eat hundreds of thousands of fish meals to get even a single therapeutic does. But Brooks, and other researchers, have found that even the most diluted of concentrations have adverse effects on fish, frogs, and other aquatic species because of their constant exposure the contaminated water.

But were not out of the woods just yet. In an ongoing investigation, the Associated Press has reported trace concentrations of pharmaceuticals have been discovered in drinking water provided to at least 46 million Americans.

So where does the contamination come from?

Well, of course, people. But mainly it comes from two sources: unmetabolized pharmaceuticals that people have taken and excreted, and unused medications that are not properly disposed of (i.e. flushed). The EPA has called for further studies about the impact on humans of long-term consumption of minute amounts of medicines in their drinking water.

Maybe catch and release is the best way to go.