You are here: Home / Drinking Water / 20% of Private Domestic Wells in U.S. Contaminated 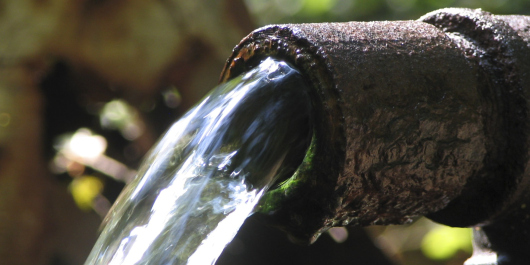 A recent study by the U.S. Geological Survey (USGS) found that over 20% of the private wells sampled contained at least one contaminant at levels of concern for potential health issues. Most of the contaminants came from natural geological sources in the aquifers, such as radon and arsenic, but some were from human sources, including nitrate from fertilizer application.

“The results of this study are important because they show that a large number of people may be unknowingly affected. Greater attention to the quality of drinking water from private wells and continued public education are important steps toward the goal of protecting public health.” – Matt Larsen, USGS Associate Director for Water

The USGS took samples from 2100 private wells in 48 states, and found elevated concentrations of nitrate in areas with intensively farmed land, such as the Central Valley of California and in parts of the Midwest Corn Belt. Nitrates were found at concentrations greater than the Federal drinking-water standard for public-water supplies (10 ppm) in about 4 percent of sampled wells. The study also measured radon at relatively high concentrations in crystalline-rock aquifers in central Colorado, the Northeast, and in the central and southern Appalachians.

The study sampled water from these private wells from 1991 to 2004 in 30 of the U.S.’s principal aquifers used for water supply. They measured 219 properties and contaminants, including nutrients, pH, major ions, trace elements, pesticides, microbial contaminants, volatile organic compounds (VOC), and radionuclides. The samples were taken before any home treatment was applied to the water.

Because relatively little is known about potential health effects of most mixtures of contaminants, and the synergistic effects on human health of mixtures of man-made chemicals at low levels are not well understood, the report stressed the need for continued research on this issue.

Private wells are not regulated by the Federal Safe Drinking Water Act, and about 15% of the U.S. population (43 million people) source their drinking water from these private domestic wells.

Access the full report, “Quality of Water from Domestic Wells in Principal Aquifers of the United States, 1991â€“2004” at the USGS site.