You are here: Home / Activism/Events / Article 31: The Right to Clean and Safe Water 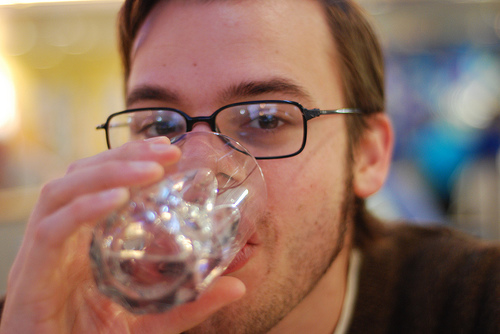 As much as we take for granted that we can turn on the tap for an endless supply of water whenever we need it, the truth is that rapid industrialization, increasing agricultural use and pollution have contributed to worldwide water shortages.Â  Everyday brings increasing concern about the scarcity of water and its impact on global survival.

While about 70% of the earth’s surface is covered in water, most of it is saltwater which cannot be used for drinking, crop irrigation or most industrial uses. Only 3%Â of the world’s water resources are fit for human consumption. Of that, only about 1% is readily available. (Source: Investopedia.com). Now although most people drink only two liters of water a day, they consume close to 3,000 once you take into account the water that goes into their food. Moreover, as the worldâ€™s population grows and incomes rise, farmers will need about 25% more water to keep everyone fed by 2030, according to the International Water Management Institute (IWMI). (Source: The Economist)

The question as to whether water should be traded as a commodity like many other natural resources has come under debate recently.Â  After all, resources like gold, silver, and oil have been market reliant for years. But unlike other natural resources, water is a quintessential need of human life; without it, species die. So for water activists commoditizing water means commoditizing life itself.

But with the advent of the bottled water industry, this vital resource has already become commoditized to a large extent. The wealthy are willing to pay a premium for bottled water because they perceive it to be clean and safe. In October last year, Economist.com held an online debate about the value of water. The proposition held that water is a scarce resource and so it should be priced according to its market value. An activist backed opposition however balked at the idea that the management and distribution of, and access to a vital resource like water be left to unreliable market conditions.

Today around the world, particularly in the Global South, many communities lack access to clean drinking water. From war zones, to rural farms, unclean and unreliable water supplies have led to rising disease and malnutrition. The awareness of water as a basic human right has become as issue not just with activists but also with the common people. People are now looking to governments to actively protect this right.

The idea of clean, safe water as a right, rather than as a privilege, has inspired the movement behind Article 31, a proposed addition of â€œRight to Waterâ€ to the Universal Declaration of Human Rights. The full text of the Article reads:

â€œEveryone has the right to clean and accessible water, adequate for the health and well-being of the individual and family, and no one shall be deprived of such access or quality of water due to individual economic circumstance.â€

If you too believe that governments around the world need to protect your basic right to water, then please take a moment to read and sign the petition to adopt article 31.