You are here: Home / Health / Sea Sponge May Provide Alternative to Antibiotics 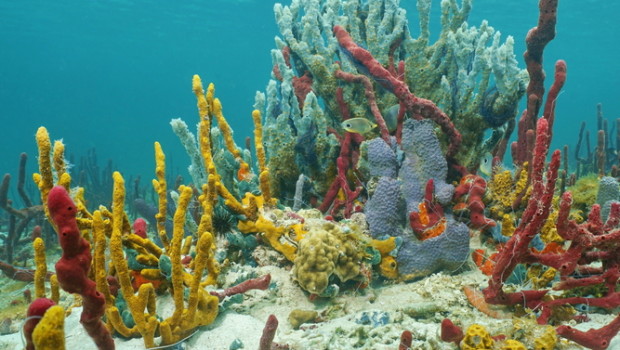 Advocates for rainforest conservation often cite how these forests are “nature’s medicine cabinet“. With only one percent of the world’s tropical plants tested for their medicinal properties and 120 prescription drugs originating in rainforest plants already, the cure to many illnesses may be contained in these tropical forests. What about our oceans? Could they also contain the medicines of the future? Researchers at Tel Aviv University have identified several alternatives to antibiotics among marine sponge compounds that help the sponge ward off predators and infections.  Professor Micha Ilan believes these compounds could become the super antibiotics of the future. Considering the recent public health threat from diseases that have become resistant to antibiotics, sea sponges in our oceans may one day save our lives.  The US Food and Drug Administration explains:

Disease-causing microbes that have become resistant to drug therapy are an increasing public health problem. Tuberculosis, gonorrhea, malaria, and childhood ear infections are just a few of the diseases that have become hard to treat with antibiotic drugs.

Researchers in Tel Aviv have isolated thousands of bacteria and fungi in sea sponges that may provide the solution to antibiotic resistance.  Professor Ilan describes his research:

Resistance to antibiotics has become an unbelievably difficult challenge for the medical community.  Sponges are known for hosting an arsenal of compounds that could work to fight infections. We’re now culturing huge amounts of microorganisms, such as actinobacteria, that live in symbiosis with marine sponges.

Sea sponges do not move and thus have evolved an adaptive response to enemies and competition by creating symbiotic relationships with bacteria and fungi. Researchers believe the same bacterial and fungi sponges use for defense may be able to fight infection in humans.

Professor Ilan is careful not to collect and extract large quantites of these compounds that may harm sea sponge popultions. Instead, he takes cultures from sea sponges and grows their symbionts in a “wet” laboratory with minimal damage to the natural marine environment. The idea that our oceans may contain needed medicines for our future is just one more reason why ocean conservation is essential.